CLICK HERE TO READ GAILA'S BLOG
Posted by packtoter at 11:34 AM No comments: Links to this post

Hiking in the Grand Canyon 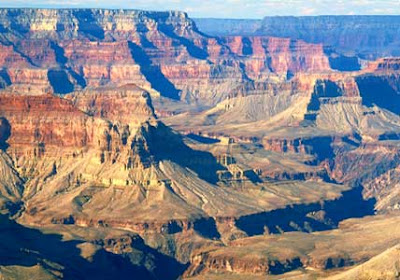 If your are spending time in the southwest this winter, you might want to consider a hike into the "Big Ditch." If you do, here a a few things to consider:
TEN FACTS YOU SHOULD KNOW ABOUT HIKING IN THE GRAND CANYON
• Temperatures in the SUN are normally 120 to 140 Degrees Fahrenheit (40 to 50 Degrees Celsius) inside the canyon. The lower you go the hotter it gets.
•Plan to start your hike before 6 a.m. If you will not finish your hike before noon, then plan on resting in a comfortable area with food, water and shade until 4 p.m. Finish your hike in the evening when there is shade along the trail.
• Almost all of the people who need emergency medical help in the canyon due to heat illness are people who are hiking between 10 a.m. and 4 p.m.
• If you are hiking uphill in the sun, you will sweat 1 to 2 liters of water and electrolytes per hour. It is virtually impossible to replace this amount of loss. Hiking in the shade will allow you to hike more efficiently and more safely.
• If you hike with a soaking wet shirt, you will significantly reduce how much you sweat, how dehydrated you will become and your total electrolyte loss.
• If you do not replace your electrolytes, mainly salt, by eating more food than usual, you can significantly alter you brain’s chemistry and your ability to think clearly. It is called Water Intoxication and causes scores of hikers to go to the hospital every summer.
• Hikers in the canyon need to eat twice as many calories as usual to meet their energy and electrolyte requirements. (CARBOHYDRATES AND SODIUM)
• Everyone who hikes in the canyon for the first time reports that it was more difficult than they expected. Be conservative in planning your hikes!
Posted by packtoter at 1:51 PM No comments: Links to this post 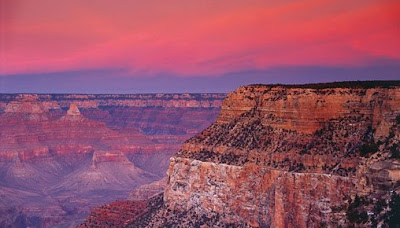 The Amazon Outdoor Store
First time Grand Canyon hikers tend to react to the experience in one of two ways: either they can't wait to get back, or they swear they'll never do it again.

Going on a hike is wonderful way to experience some of the canyon’s rich natural beauty and immense size. However, even if you are an avid hiker, hiking the Grand Canyon is very different from most other hiking experiences.

Mental attitude and adequate water and food consumption are absolutely essential to the success of any Grand Canyon hike, particularly in summer. The day hiker and the overnight backpacker must be equally prepared for the lack of water, extreme heat and cold, and isolation characteristic of the Grand Canyon.

Hiking in the Grand Canyon is so demanding that even people in excellent condition often emerge sore and fatigued. Yet small children, senior citizens, and people with physical disabilities have successfully hiked the canyon.

A hike into the Grand Canyon will test your physical and mental endurance. Know and respect your limitations. Moderation is the key to an enjoyable hike.

Read and follow the suggestions and regulations.
Plan their hike before they start and go prepared.
Hike during the cooler, shadier time of the day.
Go slowly, rest often, and stay cool.
Eat salty foods and drink water or sports drink.

Depending on how prepared you are, your trip can be a vacation or a challenge, a revelation or an ordeal.
Posted by packtoter at 10:46 AM No comments: Links to this post

Back to Home Page 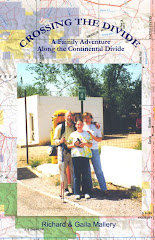 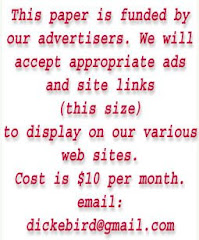 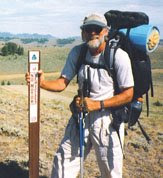